Oversight of the LAPP pension is provided by a number of participants. LAPP Corporation is the administrator and trustee of the Plan. The Plan’s sponsors, the employees (LAPP members) and employers (LAPP employers) who pay for the Plan, appoint representatives to the Corporation’s Board of Directors and the Sponsor Board.

Each of these bodies within LAPP’s governance structure play an integral role in ensuring the LAPP fund is secure and that your pension will be there when you retire.

A notable aspect of LAPP’s joint governance is that equal say is given to Plan sponsors, and Plan sponsors jointly share the risks.

The Boards and the Corporation management focus on what is good for LAPP members and the Plan’s health and sustainability. These are the elements that make up LAPP’s present-day governance structure: 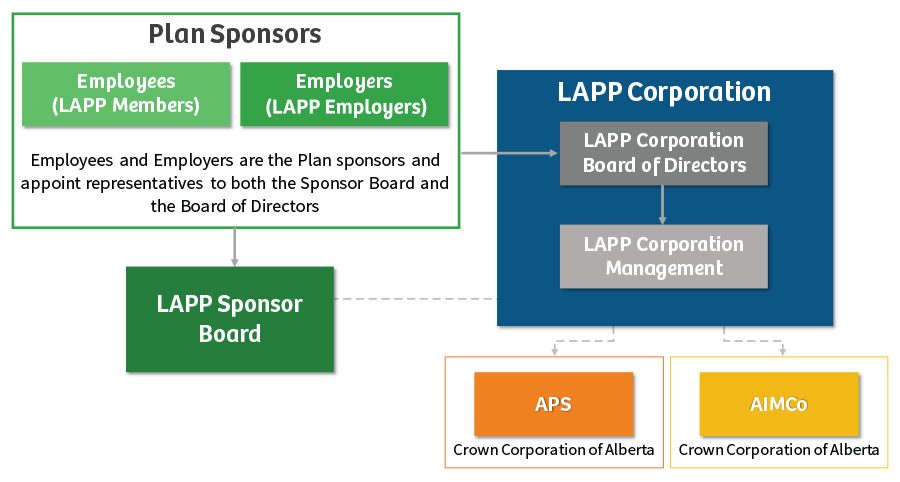 The Sponsor Board and LAPP Corporation, together with its Board of Directors, have a unique set of responsibilities:

LAPP Corporation and its Corporate Board

The LAPP Plan Text is our legal governing document that details the benefits and administration rules of LAPP.

Next Page in this Section Stewardship