LAPP is a jointly-sponsored pension plan. This means Plan sponsors, the employees (LAPP members) and employers (LAPP employers) who pay into the Plan, have equal say in how the Plan is managed.

The sponsor groups appoint representatives to the Sponsor Board, which is legislated to make important decisions about your Plan like pension benefits, eligibility rules and contributions.

The Sponsor Board and LAPP Corporation work together to accomplish important shared objectives: ensuring that pension benefits are paid to Plan members and overseeing the financial health and longevity of the Plan.

The Sponsor Board plays a key role in determining the risk appetite for the Plan, setting the Funding Policy and establishing contribution rates. Together these actions form the framework for how LAPP is funded.

The Sponsor Board will also meet with important employer and employee stakeholders of the Plan, who come together twice a year as the LAPP Stakeholder Consultation Group.

Documents such as Sponsor Board expenses can be found in Governance Publications once they are posted.

Gil is appointed by the Alberta Federation of Labour (AFL).

Gil is appointed by the Alberta Federation of Labour (AFL).

In 2017, Gil McGowan was re-elected to a record seventh term as president of the Alberta Federation of Labour, Alberta’s largest union advocacy organization, representing more than 175,000 workers in both the public and private sectors.

McGowan, a father of three, has presided over a period of substantial growth for the AFL and has been instrumental in putting many important issues forward for public discussion in Alberta. He has led public discussion and policy changes on resource development, reform of the temporary foreign worker (TFW) program, climate change and green jobs, a $15 minimum wage, pension reform, reforms to the labour code and employment standards, and reforms to occupational health and safety and WCB legislation.

Gil has been instrumental in coordinating the AFL’s political action campaigns, including the campaign that helped elect Alberta’s first NDP government in May 2015. That same year, Gil was named one of Alberta’s 50 most influential people. In addition to his position with the AFL, Gil also sits on the CLC’s Canadian Council and was Co-Chair of the Energy Diversification Advisory Committee (EDAC), a special committee established by the Alberta government to make recommendations about how to add more value to Alberta’s energy resources. He has recently been appointed to the Federal Just Transition Task Force to support transition strategies for workers and communities affected by the phase out of coal fired electricity across Canada. 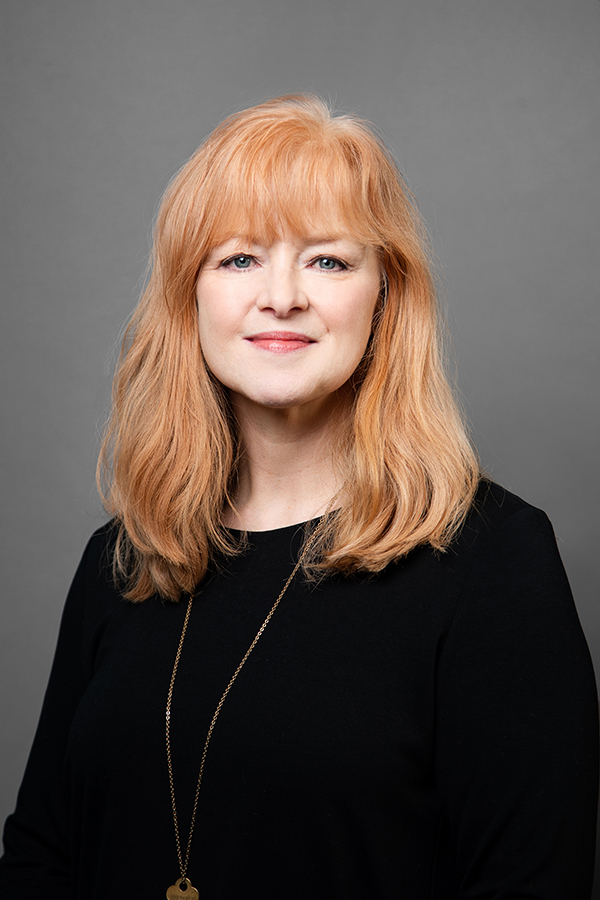 Susan is a lawyer by training and has worked in the health sector in progressively senior legal and human resources roles since moving to Alberta from Saskatchewan in 1998.

Kim is appointed by the Alberta Urban Municipalities Association (AUMA).

Kim is appointed by the Alberta Urban Municipalities Association (AUMA).

Kim is currently into his fourth term as Mayor of Coaldale, having been a member of Council since 2004. Kim served as a director of the Alberta Urban Municipalities Association from 2012 to 2016. During that time, he served as chair of AUMA's Audit and Finance Committee, and was a member of its Investment Advisory Committee.

Kim is also a director of the Alberta Capital Finance Authority. Kim has worked four decades in the financial services sector.

Additionally, Kim is a charter member of the Sunny South Speakers Toastmasters club.

Noelle is appointed by the City of Edmonton.

Noelle is appointed by the City of Edmonton.

Noelle is the Branch Manager of Talent Acquisition, Service and Solutions with the City of Edmonton. Her areas of responsibility include talent acquisition, pension, benefits and payroll, as well as workforce analytics and business solutions.

Over the past 20 years Noelle has led transformation work in support of major initiatives within government, including supporting significant legislative changes, implementing new organizational structures, and in transitioning to new enterprise platform solutions.

Noelle aspires to the City of Edmonton leadership competencies and in particular to being a collaborative networker, creative innovator, and an inclusive leader. Noelle has had the opportunity to serve in both federal and provincial jurisdictions, and is now excited to extend her experience at the municipal level.

Rory is appointed by the Canadian Union of Public Employees (CUPE).

Rory is appointed by the Canadian Union of Public Employees (CUPE).

Rory is the President of Canadian Union of Public Employees (CUPE) Alberta. In 2006, Rory became active in his local union, CUPE 709 - the Calgary Civic Foremen’s Union, where he served as a job steward. He went on to become a Trustee for the local in 2010, joined the Executive in 2011, and was later elected as the local’s Vice President in 2012, and then President in 2014.

Rory Gill has worked in the public sector with the City of Calgary for over 20 years. He first joined the City as a seasonal parks labourer in 1997 and worked in several different capacities until he was promoted to foreman in the Parks Department in 2001.

Rory is originally from Aberdeen, Scotland, though he primarily grew up in Calgary. He is the proud father of two sons.

Scott is appointed by the Alberta School Boards Association (ASBA).

Scott is appointed by the Alberta School Boards Association (ASBA).

Scott is currently the Associate Superintendent of Corporate Supports and Services at Parkland School Division.

Previously, he was the Senior Financial Officer and Executive Director for the Ministry of Treasury Board and Finance as well as the Executive Council. In this role, he oversaw the financial reporting for the two Ministries as well as the major provincial public pension plans such as the Management Employees Pension Plan, Public Service Pension Plan and the Local Authorities Pension Plan.

In addition, he was responsible for the financial reporting of several regulated funds such as the Alberta Heritage Savings Trust Fund.

Aaron is currently the Assistant Deputy Minister (ADM), Financial and Corporate Services, Alberta Health, with the Government of Alberta. His responsibilities include financial planning and reporting for the $22-billion ministry, health facilities capital planning, as well as corporate services for the department, which includes business planning, FOIP and procurement.

Over his 25-year career with the Alberta Public Service, Aaron has served in a senior leadership capacity in various roles, including nine years as the ADM of Budget Development and Reporting in Treasury Board and Finance, with responsibility for government’s budget development, fiscal planning and performance reporting processes.

Aaron also served for two years as the ADM of Community Services and Supports in the Ministry of Community and Social Services, with responsibility for delivering homeless and outreach support services and community and family safety programs in support of vulnerable Albertans.

Mike is appointed by Health Sciences Association of Alberta (HSAA).

Mike is appointed by Health Sciences Association of Alberta (HSAA).

Mike has been involved in the labour movement for much of his career, serving as a steward and as vice-president of his local with the Canadian Union of Public Employees (CUPE) and now as a member and president of the Health Sciences Association of Alberta.

Mike has always been a strong proponent of the role of unions in protecting the rights of citizens and of the public sector in providing vital services.

In addition, Mike has also served as a volunteer with Canadian Medical Assistance Teams (CMAT) providing emergency assistance after disasters in the Philippines, Pakistan and Nepal.

As HSAA’s president, Mike is committed to helping members create the conditions to ensure greater member engagement, knowing that we are all stronger when we work together.

A veteran of healthcare financial stewardship, Colleen is responsible and accountable for AHS financial planning, financial operations, contracting, procurement and supply chain management, capital management, planning and performance, and administrative oversight for internal audit and enterprise risk management. She also plays a key role in the ongoing implementation of the AHS Review and all financial sustainability initiatives.

Colleen spent more than a decade in financial leadership positions at Capital Health, now the AHS Edmonton Zone, including as senior financial officer of the former health authority. She returns to healthcare from ATB, where she most recently served as Senior Vice-President and Head of Brightside, which is the digital banking app under development by ATB.

Colleen is a chartered professional accountant and holds her CPA, CMA designation. She has more than 25 years of experience in financial services, healthcare and the retail sector.

Born in Saskatchewan, Colleen has lived in Alberta for more than 30 years; the last three in Calgary. She loves to spend time with her family, participate on a dragonboat team and find great places to explore. She is also an active community volunteer, currently serving on several boards, including the Calgary Women’s Emergency Shelter and the Lieutenant Governor of Alberta Arts Awards foundation.

Guy is appointed by the Alberta Union of Provincial Employees (AUPE).

Guy is appointed by the Alberta Union of Provincial Employees (AUPE).

Guy Smith has proudly served as president of the Alberta Union of Provincial Employees (AUPE) since 2009.

AUPE has the largest number of registered LAPP members of any union. As a member of the newly-formed joint governance Sponsor Board, Guy takes the responsibility to protect the retirement security and pension promise of AUPE members, and all plan members, seriously.

Guy has decades of advanced governance and strategic planning experience. He brings this knowledge to the LAPP Sponsor Board and is committed to ensuring important decisions are made thoughtfully and prudently, with the priority being the health and sustainability of LAPP.

For years, Guy defended and advocated for public-sector pension plans, including LAPP. He’s been involved in high-level engagement on pensions with senior government officials, and through organized member action, staunchly defended the plans from significant disruption by former governments.

A substantial part of this struggle was to secure joint governance of LAPP.

Now that joint governance has been secured so worker and employer representatives, not politicians, make key decisions, its incumbent those on the Sponsor Board take their new obligations with a sense of duty and responsibility.

Guy recognizes that, and is dedicated to this important role. 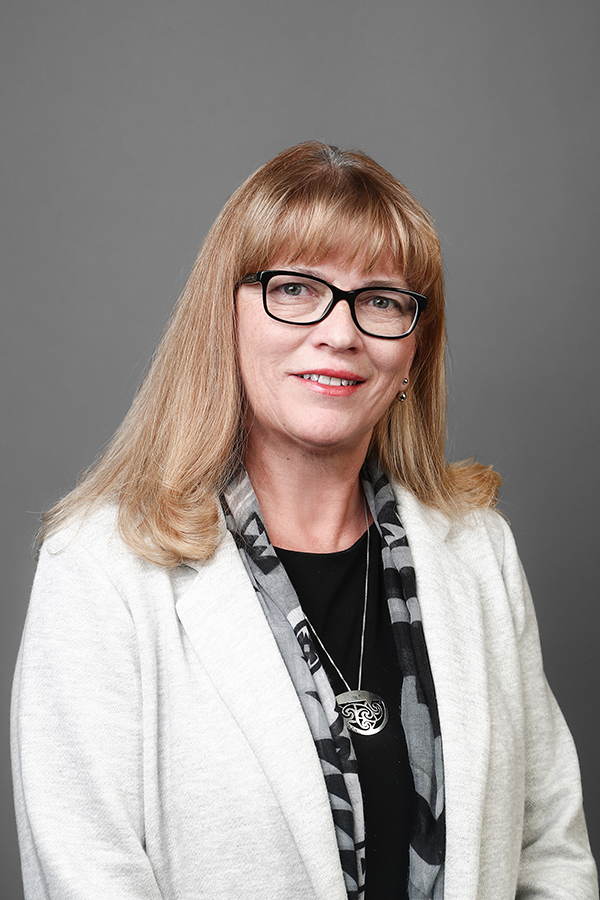 Heather is appointed by the United Nurses of Alberta (UNA).

Heather is appointed by the United Nurses of Alberta (UNA).

Heather is President of the United Nurses of Alberta, which represents more than 30,000 Registered Nurses, Registered Psychiatric Nurses and allied workers. She is a prominent advocate for Canada’s universal public health care system and a national pharmacare program.

Elected as UNA president in 1988, she has served in that role ever since. She received the Spirit of Tommy Douglas Award in 2007 for her commitment to the dreams of the late Saskatchewan premier and creator of Canadian medicare.

Smith came to Alberta in 1976 after training in Ottawa. While working as an RN in Edmonton in 1980, Smith became active in the union. She was elected as a local president in 1983 and has served on every UNA negotiating committee since 1984. She has played an important role in the Canadian Federation of Nurses’ Unions since UNA joined that organization in 1999.

Next Page in this Section Corporate Board