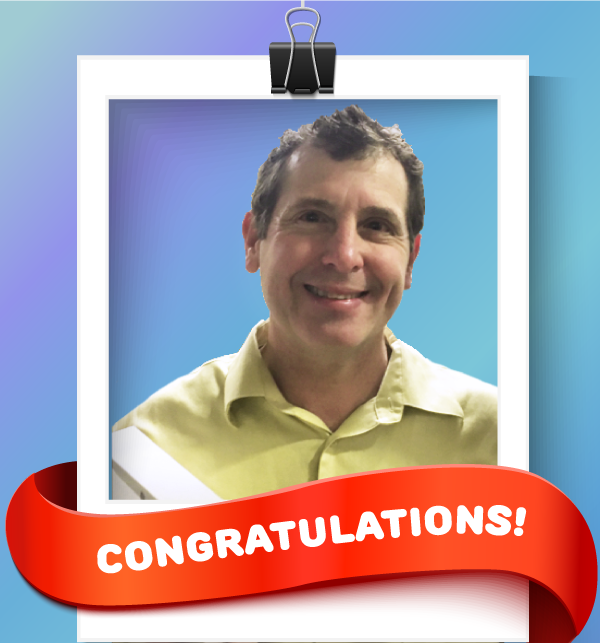 Congratulations to LAPP member, Glen Bodet, who is the lucky winner of a new iPad Air 2 after completing a short survey to provide feedback on the new LAPP website. Glen’s name was drawn from almost 4,000 members who participated in the survey, held between January 7th and February 5th, 2017.

“I can’t believe it. I’ve never won anything before,” said Glen, when he received a call from LAPP. “Is there some kind of catch to this?”

Glen is an audiologist who works at the Sturgeon Valley Hospital in St. Albert, Alberta. He moved here from New Orleans about 10 years ago, after he lost everything when Hurricane Katrina hit in the summer of 2005. He has put that behind him now and he is happy to be an Albertan, living here with his wife and working for Alberta Health Services.

“I would like to say that the LAPP pension is better than any kind of retirement savings plan I have had throughout my career, including different savings plans and 401(K)s”, he said.

“I plan to keep working here until I retire so I can make the most of my pension.”

There were 3,906 members who participated in our online survey, which was held to celebrate the launch of a brand new website for LAPP. More than 95% of respondents said they like the look of the new site, with 97% saying they find the site easy to read and 93% saying they find it easy to navigate.

Chris Brown, President and CEO of ALAPP Corp.  said he is excited about member enthusiasm for the new website, which was built with member needs in mind.

“Our goal is to engage members in understanding their pension plan early in their careers. It is important they see the value of a defined benefit pension plan and know how to make the most of it throughout their career,” he said.

“We have taken a subject that is complex, technical and sometimes tedious and made it fun, accessible and easy to understand. The survey results show we have hit the mark. ”

Glen received his iPad the day before leaving on vacation and was looking forward to having it with him on the trip. He says he will come back to the website to learn more about his pension and will encourage his colleagues to do the same.