Chris Brown, President and CEO of Alberta Local Authorities Pension Plan Corp. was honoured at this year’s national conference of the Association of Canadian Pension Management (ACPM) with the Don Ireland Award.

The Don Ireland Award was created by ACPM in memory of one of its significant contributors, a well-known and respected actuary from Calgary, Alberta who passed away in 2016. The award is given to recognize the exceptional effort and achievements of an individual over a significant period of time on behalf of ACPM. 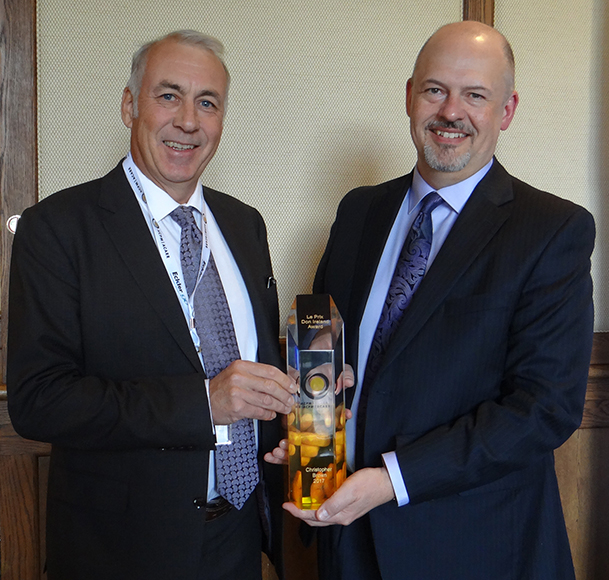 Chris has been a volunteer for ACPM for longer than 15 years and has served on a number of committees and task forces as well as the Board of Directors. Some of his accomplishments include: